For example, if an appointment in your google calendar looks like the following: 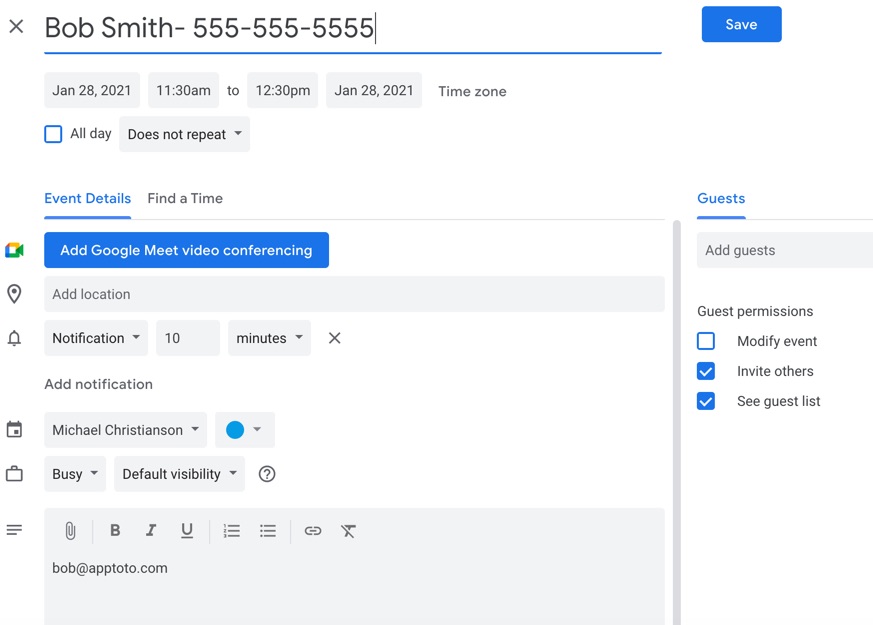 Then Apptoto will extract the name, phone number, and email address highlighted. It will appear in Apptoto’s Agenda view like so:

You can turn automatic extraction on and off within the “Settings” > “Auto Participants” tab by unchecking/checking these fields: 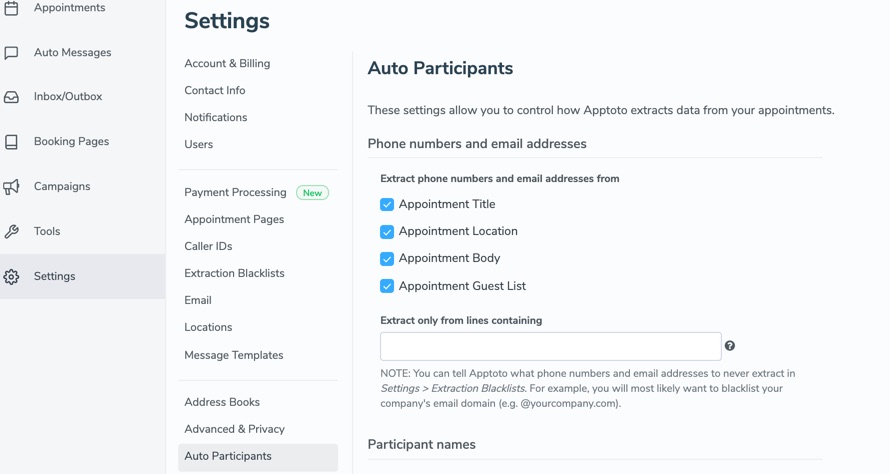 The formatting that Apptoto expects for phone numbers depends on the Country setting on the “Settings” > “Account” tab.

In the US, Apptoto will find phone numbers formatted in all common formats as long as the full 10 digits are included. The following formats all work

If you are not used to putting an area code in front of phone numbers, Apptoto can be configured with a default area code for your account. You’ll need to contact support@apptoto.com to have that set up for you.

If you have clients in other countries, you can include the full phone number with country code prepended with a “+”. E.g.

If the “Country” setting is set to something other than the US, then Apptoto will recognize common formats for the country chosen based on the description of the phone number formatting in Wikipedia for that country.

Email address must be fully formatted in the comm USER@DOMAIN format. E.g.

Apptoto’s name extraction first looks on the line that contains the phone number or email address extracted for any two words that are properly cased that are most likely names.

If it doesn’t find that on the line containing the phone number or email address, then it looks in the title.

These formats will work:

These formats will NOT work:

If multiple participants are involved in an appointment, then you can list more than one phone number and/or email address and Apptoto will extract each one separately.

E.g. in the body of the appointment you could put: