You can set up Apptoto to automatically reply (or take other actions) when a client replies to one of your auto messages.

To edit the auto replies, be sure to check the “Show Auto Replies” checkbox on your Auto Messages tab. If you do not see this checkbox, please ask support@apptoto.com to enable that feature for you. 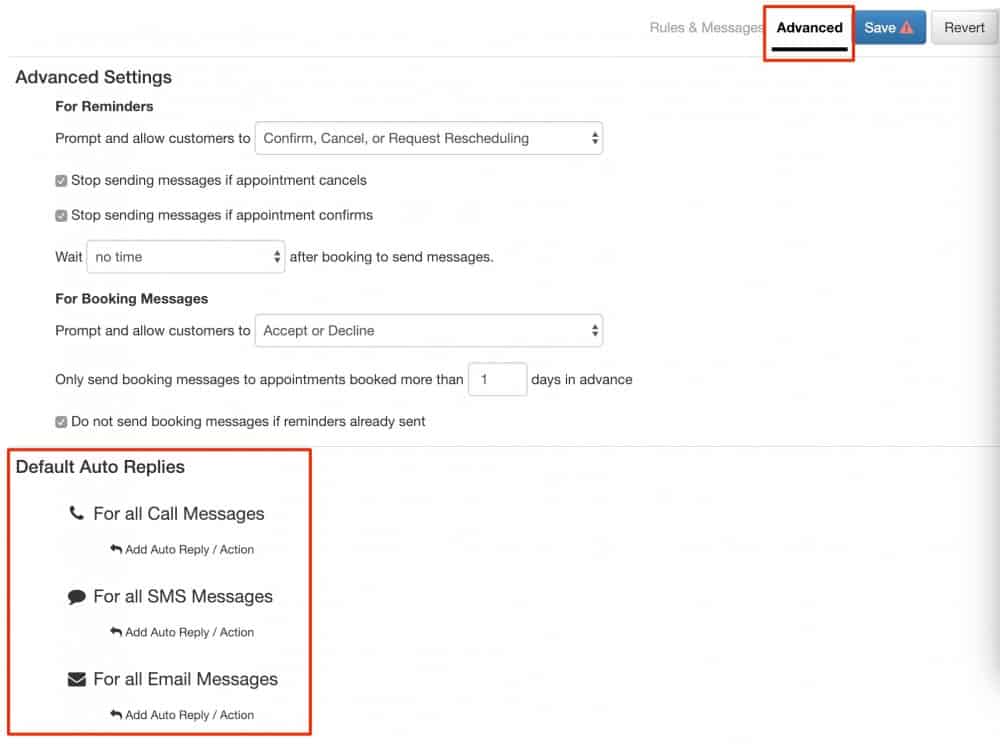 Depending on the purpose of the original message, Apptoto will handle replies automatically for some responses.

Default triggers and actions are not performed if an auto-reply trigger matches the reply. E.g. if you set up an auto reply that says “if reply includes ‘1’” then the default actions described in this section for “1” will not be performed. This can be useful if you want to override the default behavior. If you don’t want to override the default behavior, and simply want to add an action, then consider using one of the ‘client confirms’, ‘client cancels’, etc. triggers listed above.