Zapier is a popular web hook service that allows for integration of two web-based services through “Zaps”, sending information from one service to trigger an action within another service. We’re proud to announce that Apptoto is now available on the Zapier platform to further expand the automation power of the scheduling and reminder messaging features within Apptoto.

PLEASE NOTE: When setting up your first Apptoto Zap, you’ll be prompted to select a trigger before connecting your Apptoto account to Zapier.

To connect your Apptoto account to Zapier, enter your account email address when prompted, then use the API key found in the “Settings”>”Integrations” tab of Apptoto, under API Keys. There, you will have the ability to set up a unique API key for Zapier, allowing you to delete that API key at a later date to only revoke the Zapier access, while maintaining an API connection to other external services. 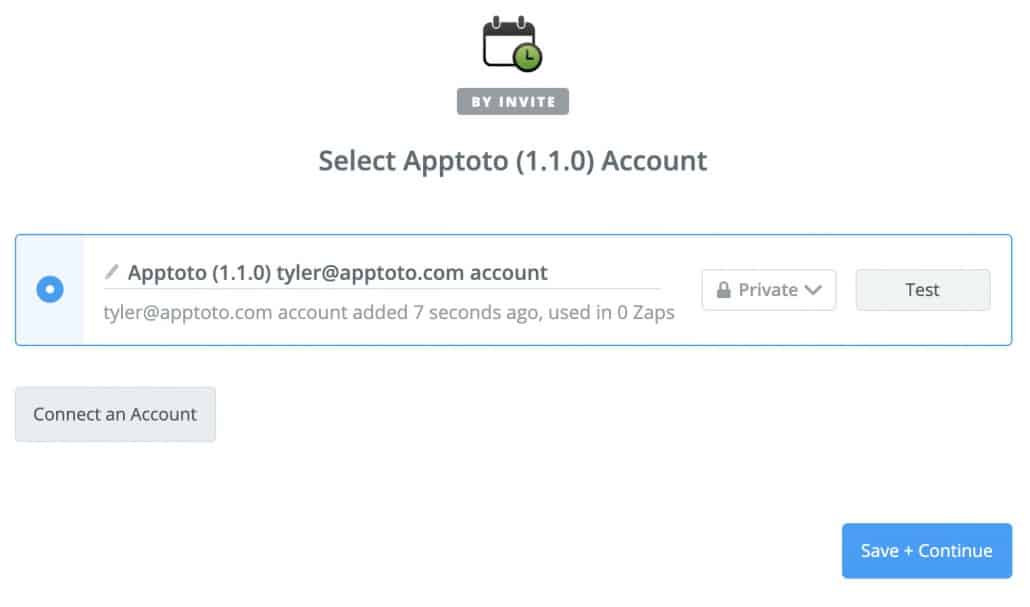 Triggers allow your Apptoto account to feed info to Zapier, who then feed that info to an external service to take action there. The first step in setting up a Zap is to determine what your trigger will be. Currently, Apptoto supports 4 triggering situations: 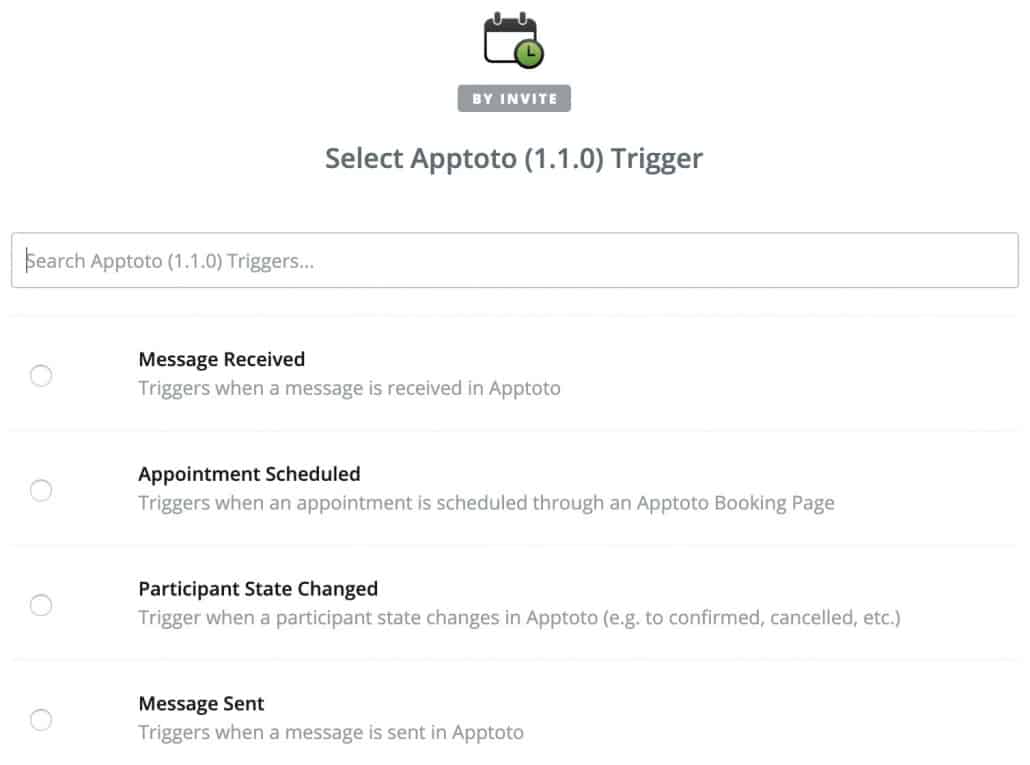 Participant State Changed – when a participant’s state changes for an event (e.g. [REMINDED] to [CONFIRMED])

Allows an external service to feed info into Zapier, to then feed into Apptoto to take action within your Apptoto account, specifically in regards to your calendars and address books. Currently, Apptoto supports 5 actions: 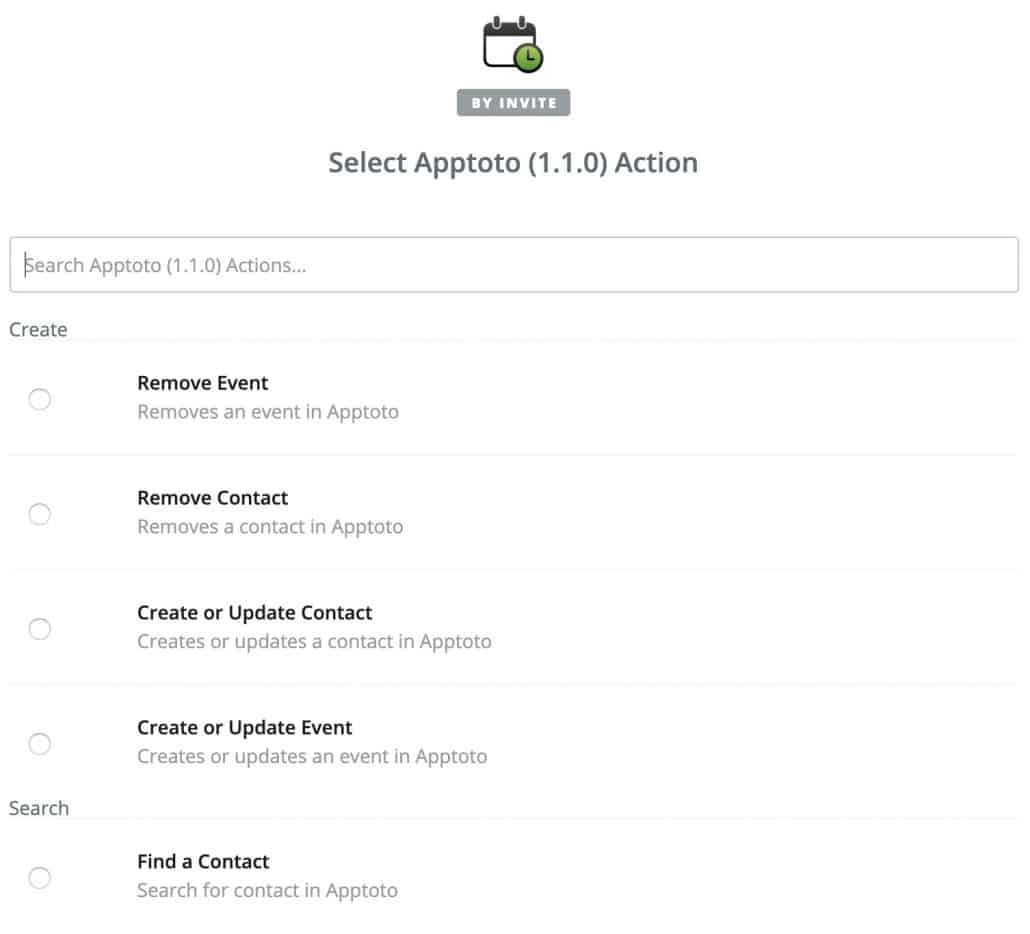 Remove Event – Removes an event on a calendar within Apptoto

Find a Contact – Search for a contact in Apptoto. This will commonly be used before the Create/Update or Remove Contact actions above to first query the system to see if a client is already existing within your address books.