Four check-in states are offered and they are on-time, arrived, no show and late. They can be marked through your calendar or Apptoto. Once check-in status is updated, they will appear on your calendar similar to reminder blurbs:

The benefits of being able to track check-in states is the ability to observe the effectiveness or your reminders or see if you have repeat offenders that may need an additional nudge before their next appointment. 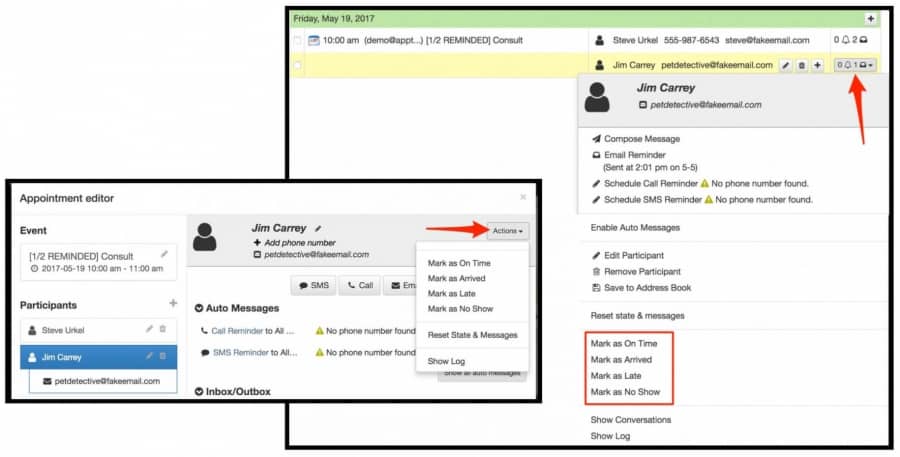 Marking your check-in state through Apptoto is easy and can be marked through the Agenda View or through the participant action button in the Appointment Editor.

Check-in states can only be applied to appointments that have already occurred, or when the start time is in the past. To clear or change a check-in state, follow the steps above, and simply select “Reset Check-In State”.

Marking Through Your Calendar

The check-in state commands are as follows, and are not case-sensitive: 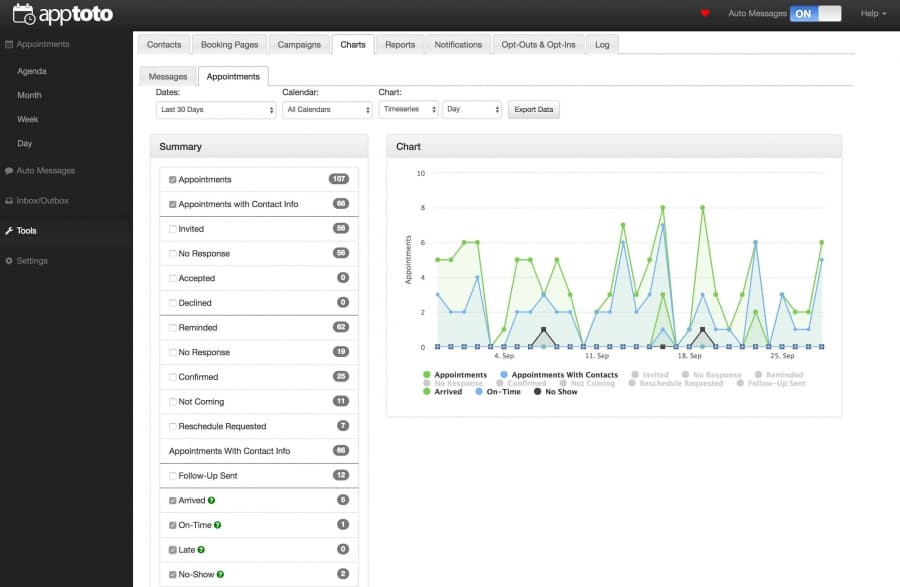 Much like messages, Apptoto offers reporting functionality for appointments as well in your “Tools”>“Reports”>“Appointments” tab. This feature allows you to graph the state of appointments over a course of time for any/all calendars, via bar graph or a time series chart.

You can filter your view by certain states to get information about specific states individually or get an aggregate accounting through the “Appointments” or “Appointments with Contacts” metrics. This is also an exportable reports feature which will make tracking and monitoring your appointments and their status easier.