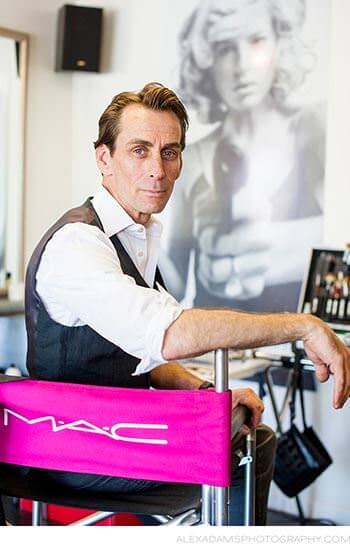 Scott M is a world-renowned hairdresser and makeup artist.

Throughout the years, he has worked with a host of celebrities, including Danica Patrick, Sandra Bullock, and Liza Minelli.

In Salt Lake City, M. Scott Salon is known as a destination for both locals and out-of-towners looking for world-class service and style.

His salon is in high demand, with clients signing up for appointments well in advance. Over the past several years, Scott has been using Apptoto to manage appointments, reminders, and promotions for his business. He says it’s been just the solution he needed.

We spoke with Scott to learn how Apptoto has helped his business grow and serve their clients’ needs as he’s continued to find success.

Can you briefly describe your business?

I own a small, intimate hairdressing studio in Salt Lake City. It’s unique, the first of its kind, and very popular. I opened eight years ago without a sole client or employees. We’ve grown steadily since then. We have over 90 five-star reviews on Yelp/Google.

What were some common challenges your business used to face that have been reduced or eliminated by Apptoto?

At first, Apptoto helped reduce no-shows, late-shows, and other calendar confusion by sending timely, automated reminders to our clients.

Later, I learned to use Apptoto’s notification features to send push-type notifications (before, after, during scheduled appointments) to all scheduled clients, informing them of upcoming events, news, and policy reminders.

Finally, Apptoto carefully mentored me in adding self-scheduling capabilities, which has been tremendously helpful and successful. Clients can now book themselves, whereas prior to this feature roll-out, the client would submit a Booking Request that I would have to then manually process via an email response.

Actually, Apptoto helped me clear a significant work-practice issue for my salon: texting clients. Before, we would have to use our personal mobile phones for this communication or our email system (sending via an antiquated SMS option), and the clients would then inadvertently collect our personal contact info. Now, using Apptoto’s one-time SMS send feature, I can text the client (or they can text me) while retaining privacy of our personal information.

An added feature we use often is mass-texting of clients when a stylist is running behind and a group or individual notification needs to be sent, post-haste, to the next scheduled client or the entire balance of the calendar day.

How did you discover and decide to use Apptoto? Was there something that set it apart?

Several years ago, I attempted to find a program or online service that would interface with our calendar of choice, Google Calendar, to help with reminders.

I was frustrated for some time until another round of research put me in touch with Apptoto.

I believe I may have been an early adopter of the service, and was elated from day one. As improvements and additional functionality has been added (most notably, the calendar booking functionality), I’ve eagerly included them in my work practices and have been very happy with the results. Apptoto’s service is set apart from the rest of the field in that it was, I believe, the first of its kind. Salons generally have to opt in to salon-specific subscription-based software that is expensive.

Apptoto allowed me to continue with my preferred method of scheduling clients, managing workflow, etc. without giving in to other expectant options. Since then, their enhancements to their service have made the option of other scheduling/reminding/communicating options irrelevant.

How easy was it to implement and get going? Any features you enjoy most?

It was very easy to get going.

While some functionalities are a bit robust (and therefore, complex), I’ve always found Apptoto’s staff immediately helpful, and they’ve gone the extra mile to ensure I don’t make mistakes. They’ve always helped me understand my options.

Do you use both the reminder feature and the online booking feature? How are they working out for you?

I do, and I love them both!

Overall, how has Apptoto helped your business?

It’s definitely opened up my time to address other administrative tasks to run my business. No-shows and late cancellations have been reduced DRAMATICALLY, to the point of near-not happening.

I’ve had VERY positive feedback from my clients — often unsolicited. Interestingly, they enjoy the ease of rescheduling cancelled appointments themselves.

I simply acknowledge their need to reschedule/cancel, and direct their attention to the online booking feature of my website, allowing them to handle their reschedule themselves.

Any advice for others in your field that may be considering reminder software?

My advice is simple: Look to Apptoto and its robust features, flexibility in use, outstanding support, affordable pricing, and stable platform and ease of use FIRST, before opting in to other options.

If you have a small business like mine, or even a larger salon or other business, the mantra that you “cannot control that which you cannot measure” is paramount, particularly when concerns expense. The commitment to Apptoto is easy and does not entail a large-scale financial outlay while getting the job done.

There are a number of takeaways for other businesses from this interview. Most notably, the process for learning and applying different features — which can seem overwhelming — doesn’t have to happen all at once.

As Scott shared in the interview, often the best approach is to begin slowly, implement critical improvements, and then build on it from there to continue adding value for your business and your customers.

As M. Scott Salon continues to grow, they’ll have more opportunities to use Apptoto and provide the world-class client experience that has put them on the map.